Root Canal Therapy – Sorting the Facts from The Fiction 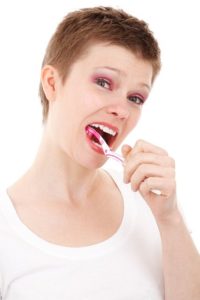 If you ask anyone what their most feared dental procedure or treatment might be then it’s likely that root canal therapy will be high on the list. It’s arguably one of the most dreaded procedures and one that continues to evoke feelings of dread and angst amongst anyone looking to undergo it.

However, despite its ‘scary’ reputation, very few people actually take the time to think about what root canal treatment actually is.

The problem with many feared encounters is that the myths, half-truths and exaggerations surrounding them are etched in folklore making it hard to separate fiction from the cold hard facts. With this in mind, we’ll aim to address some of the most common myths surrounding root canal treatment in a bid to lay many of these long-held fears to rest once and for all.

The purpose of undergoing a root canal is a pretty simple one in that when the central pulp cavity of the tooth becomes infected, a root canal procedure is carried out to alleviate any pain. What typically happens is that if a root canal isn’t performed, discomfort increases greatly as time goes by.

The term ‘root canal’ refers not to the dental procedure but the chambers contained within the tooth. This is where the procedure is carried out to restore and maintain the inner workings of the tooth. So rather than something to be feared, it’s far better to look upon a root canal therapy as an ‘angel in disguise’ because it’s designed to get you out of pain, instead of causing it.

So now we’ve cleared that up.. Let’s take a closer look at the myths…

The truth – As already stated, a root canal procedure is not designed to cause pain, but instead, it alleviates the issues surrounding your discomfort. By removing any infected tissue and effectively sealing off the chamber, any pain will be greatly reduced and eventually cease entirely, allowing you to live a normal, happy life.

The truth – Naturally, each case is different as the extent of the damage or infection varies. So while a particular procedure may require the intervention of a specialist endodontist, the procedure remains the same. So whether your procedure is carried out by an experienced general dentist or a specialist, most root canal therapy treatments can be completed within just 1-2 visits.

Root canal therapy is only necessary when pain is felt

The truth – Although infected pulp chambers typically cause significant discomfort, this isn’t always the case; especially if the tooth is already dead. Unfortunately when in this condition, infection can spread and cause further damage, so in these cases, it may be best to perform treatment, even when no pain is felt.

A root canal is only ever a temporary solution!

The truth – This is a common misconception and is perhaps a myth brought about by those people whose treatment hasn’t gone so well.  Fortunately, if you seek out an experienced dentist then such problems are few and far between. On the contrary, thanks to great advances in dental technology, root canal therapy can protect the tooth for many years to come with far higher success rates than ever before.

The reality of root canal therapy

As you can see, all the hype surrounding the ‘dreaded’ root canal treatment is really just that and in fact, using the latest gentle dental techniques the treatment itself is really nothing to worry about.

If you’re experiencing any kind of tooth pain or sensitivity, then come and talk to the team at 44 Dental Care. With our brand of gentle dental care, we have the experience and the skills to put an end to your discomfort as quickly and efficiently as possible. Call us on 0116 251 9647 today and let us help you to maintain a healthy smile you can be proud of.